Dinner with The Cloud is Still There

Interview with Loke Yee Lai, director of The Cloud Is Still There

The main character,  Xiao Le, has to face the clash between her Christians beliefs with the Taoist rituals her family observe. What has drawn you to this subject ?

The Cloud Is Still There is made based on my own teenage expe­rience growing up as the only Christian in the traditional Taoism family, in which my late grandfather was a Taoist priest, serving in a Chinese temple. My grandfather passed away when I was 21. That was the first time I experienced the loss of my family member and it has affected me so much since then. His departure has taught me the conjunction between the idea of filial piety and religious belief. When I was young, I used to feel shame because of my traditional Taoism family background. But as I went through the death of my grandfather, I have started to understand the subtle Chinese family loves through cultures, not only from the faith, but also the language used and behavior within a family system. Therefore, I would like to portray this particular lesson in a film form. In another words, the portrayal of the protagonist, Xiao Le, is actually based on myself, which including her attitude, emotional state, and all the conversation that she had with the mother. 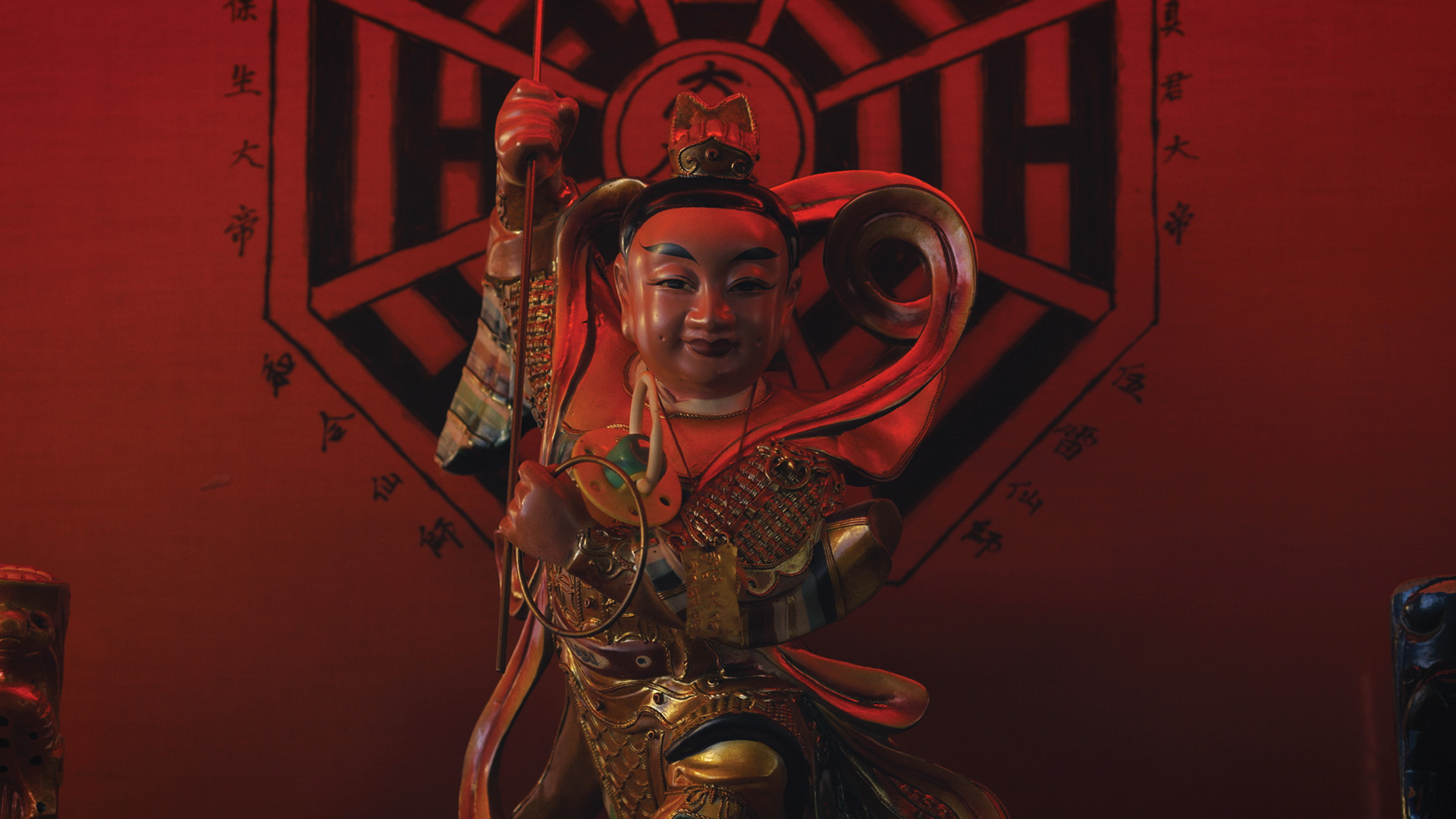 In an interview you said : “I hope that The Cloud Is Still There will resonate with audiences’ memories of dealing with the grief of their dearest, and that they could see the precious gift beyond the grave.” Can you develop what you meant?

I think death is an universal subject and it is so powerful in different ways. Although grieving is a highly individual experience, yet the response to loss and the emotion are definitely unvarying. Most of the time, the pain of grieving often carries a lesson that worth a lifetime. In this film, both mother and daughter confront at each other through a very rough conversation, by the grandfather’s deathbed. Because of this, they have to face the conflict and started to understand at each other, especially the protagonist, Xiao Le. In other words, the departure of the grandfather has healed the dysfunctional mother-daughter relationship and taught Xiao Le a lesson about the implicit and traditional Chinese form of family love. This represents the final gift from the grandfather to Xiao Le, and this gift meant so much to the rest of her life. Therefore, I believe everyone definitely learn something as they deal with the grief of their dearest, and to me, that is the most precious gift beyond the grave.

You also said that your film was based on personal events, what advice could you give to filmmakers struggling to tell their own stories?
Give yourself some time, do not force yourself too hard. Just keep on writing, no matter it is a script or simply a daily journal. The Cloud Is Still There actually formed its pieces from my daily morning pages. When you are ready, share the project with your creative partners, let them know your passion about the project, so that there will be someone to support you, whenever you are struggling or doubting yourself. Last but not least, personal story is always powerful, therefore, tell it authentically and make the film with honesty. 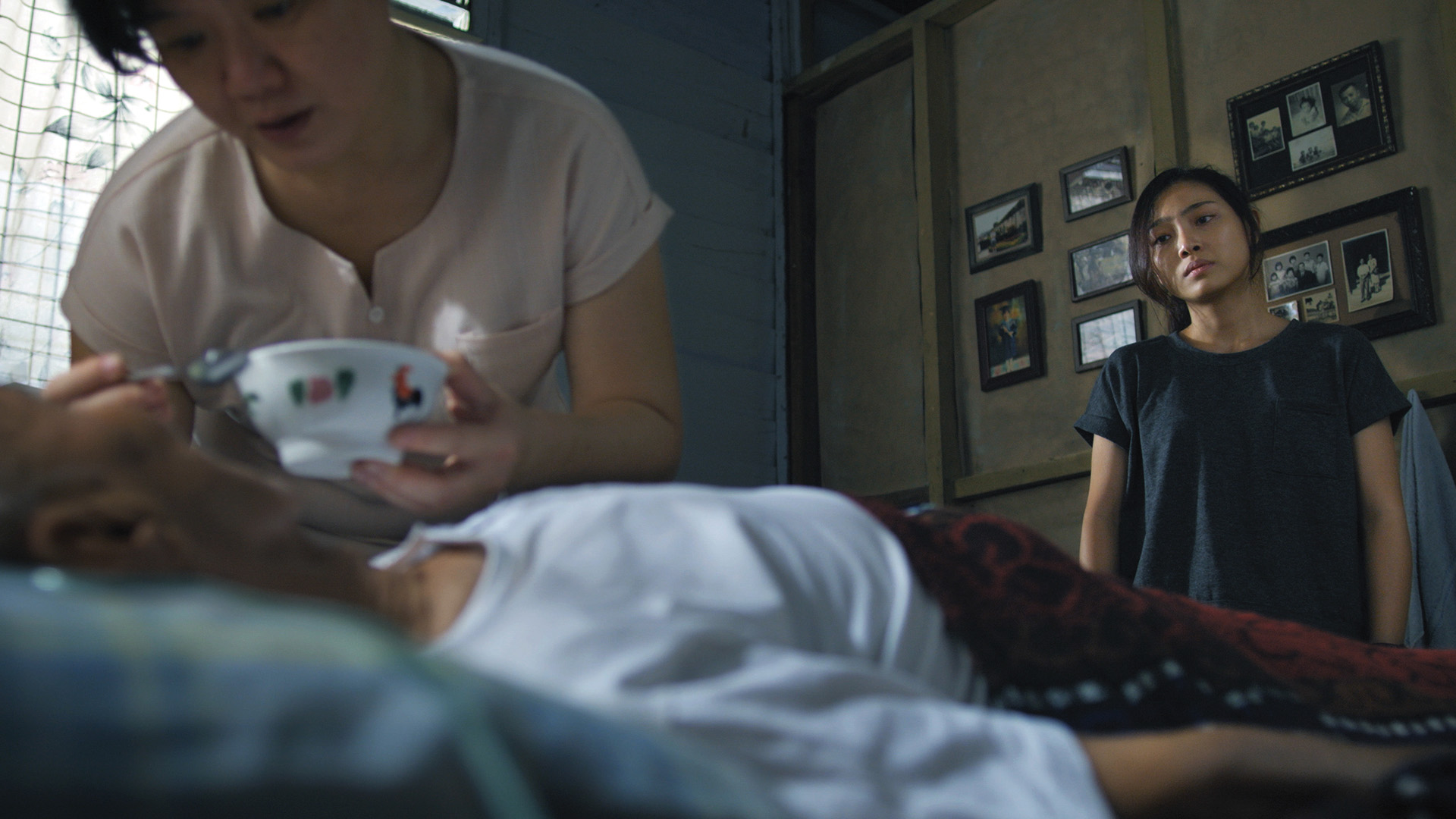 Do you think making a film can help the grieving process?
Yes, and I think by making a film can help more than the grieving process. It could help us to overcome most of the hurdles in life. Personally, making this film has brought me to view death and family love from a variety of perspectives, as I need to construct the story and study the emotional state from different characters’ point of view. Consequently, it helped to build a strong bond between me and my family.

What do you think the future holds for short films?
To be honest, I have no idea on how to predict the future, but I always believe that the future is the reflection of the present. As the pandemic is going on, people could not easily travel at least for years like how they did in the past. But human being is always attracted to stories, and we are always keen to listen and want know more of that. Hence, one of the effective way to learn about what is happening in another part of the world is through short films. Watching shorts in the film festivals or through online streaming platform serves like a connection around the globe. I am looking forward to watch more unknown or underrepresented stories from different parts of the world.

If we were to go back into lockdown, what cultural delights would you recommend to alleviate our boredom?
Explore culinary arts, as food is closely intertwined with cultures. It is one of the best ways that help us to open up to new things, study different ways of preparing the food and expose to the taste of foreign lands.

The Cloud Is Still There is part of International Competition I2.

Dates
29 JAN. > 6 FEB. 2021
Networks
Festival Newsletter
Recent posts
Blog
Dernier verre avec Eva voudrait
Dîner avec The Cloud is Still There (Le nuage est toujours là)
All partners
Clermont ISFF | Dinner with The Cloud is Still There | Clermont ISFF
class="post-template-default single single-post postid-36331 single-format-standard samba_theme samba_left_nav samba_left_align samba_responsive cookies-not-set"
We use cookies to ensure the best experience on our website. If you continue to use this site, we will assume that you are satisfied.OkCookie Policy