Was the starting point for Maximum moderne your own particular interest in astronomy, or did the observatory come about because of the story’s needs?

I wasn’t especially interested in astronomy as such, but in the observatory, yes. It’s a bit cliched to say, but from the beginning of the writing stage we envisioned the place as a character in the film. An observatory is an antenna that receives news of the world and sends it off again. It’s a place that helps predict meteorological disasters, and observe the sky and sun. That mountain symbolizes a desire to step away from the world, to see into the distance. To me, with its form recalling the Egyptian pyramids, it lends itself to imagination and myth, and it seemed like the perfect setting for a story about the end of the world.

How did you come up with the character and why did you want him to be distant from his colleagues?

From the outset, we wanted to present a prophet of the modern age, straight out of a comic book. His presence and wanderings reveal the dysfunction of the working world and more generally of society as a whole. Philippe’s story questions our relationship to speaking up and how that is perceived in a group. Our character is not heard, he’s out of this world, far from the society of the spectacle that rages around him. He carries within himself a knowledge that no one wants to hear, but all the same he’s not bitter towards his listeners. He moves away quietly and is ambiguously delighted with the presumed end. This is obviously not a political film but for me there’s a clear connection to the preoccupations of the scientific community that alerts us and questions our choices as a society. In Maximum moderne no one sees the disaster coming, and we play on exactly that ambiguity: Will this event happen? That’s the big question. It appears to be impossible for us to envision a collapse before we suffer its consequences. Today, it’s equally difficult not to examine the current state of the world. Nearly a year ago, how could we have imagined a virus halting the global economy? And yet… 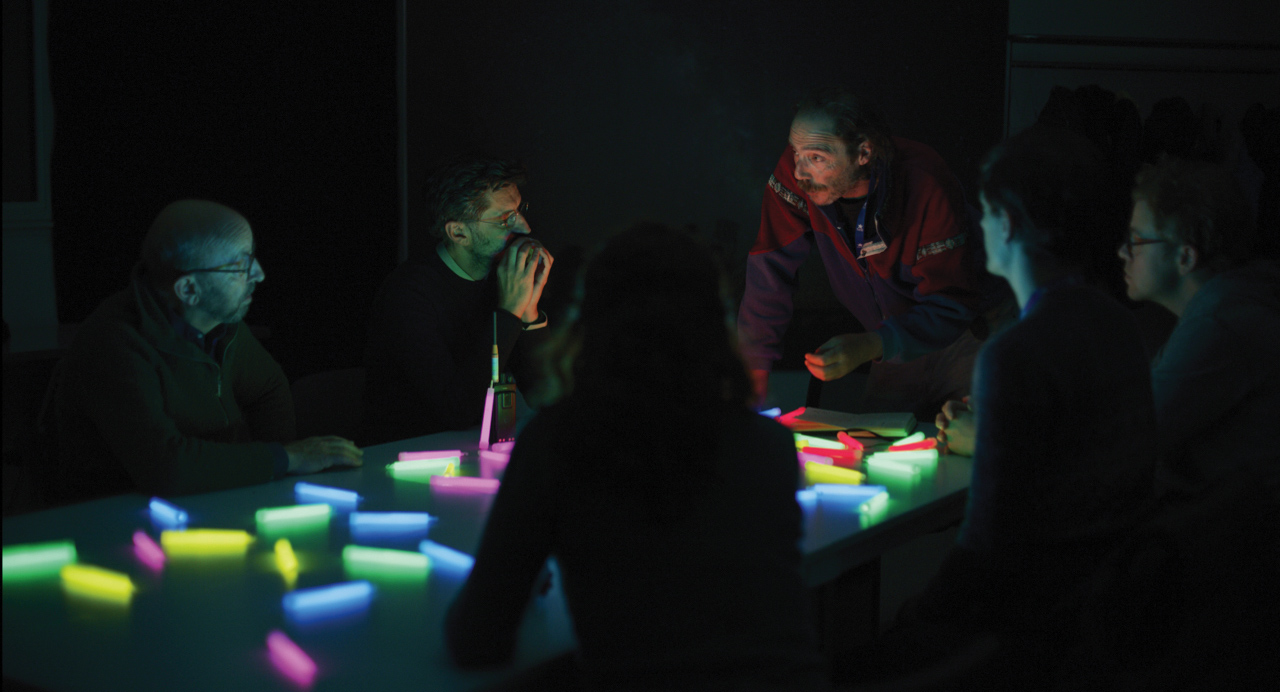 What spurred you to want to explore the character’s pleasure at the idea of a destructive solar eruption?
His guilty pleasure made it possible for us to build the film and the composition. Ambivalence, which is the basic principle, seemed a good vehicle for the story and ideas and left space for various readings. For me, making films is above all a question of desire, and I think we feel a great deal of desire when we explore a subject deeply. I think a lot of us are like Philippe in taking pleasure from making discoveries and moving forward in the subjects we study and research, to the point of getting lost in them, forgetting the world around us. It’s a pleasure that also encloses us in a sort of autism until we burn out. The solar eruption that Philippe observes could also be seen as an internal eruption, an internal burn. Maybe it’s also a life-saving pleasure, a last laugh that allows us to escape the world. But from a cinematic perspective, wondering about this pleasure was a way for me to question the genre of film. Philippe’s joy seems like the guilty pleasure shared by those who make and watch disaster movies, the pleasure of watching the end of the world that only film allows us to indulge in. 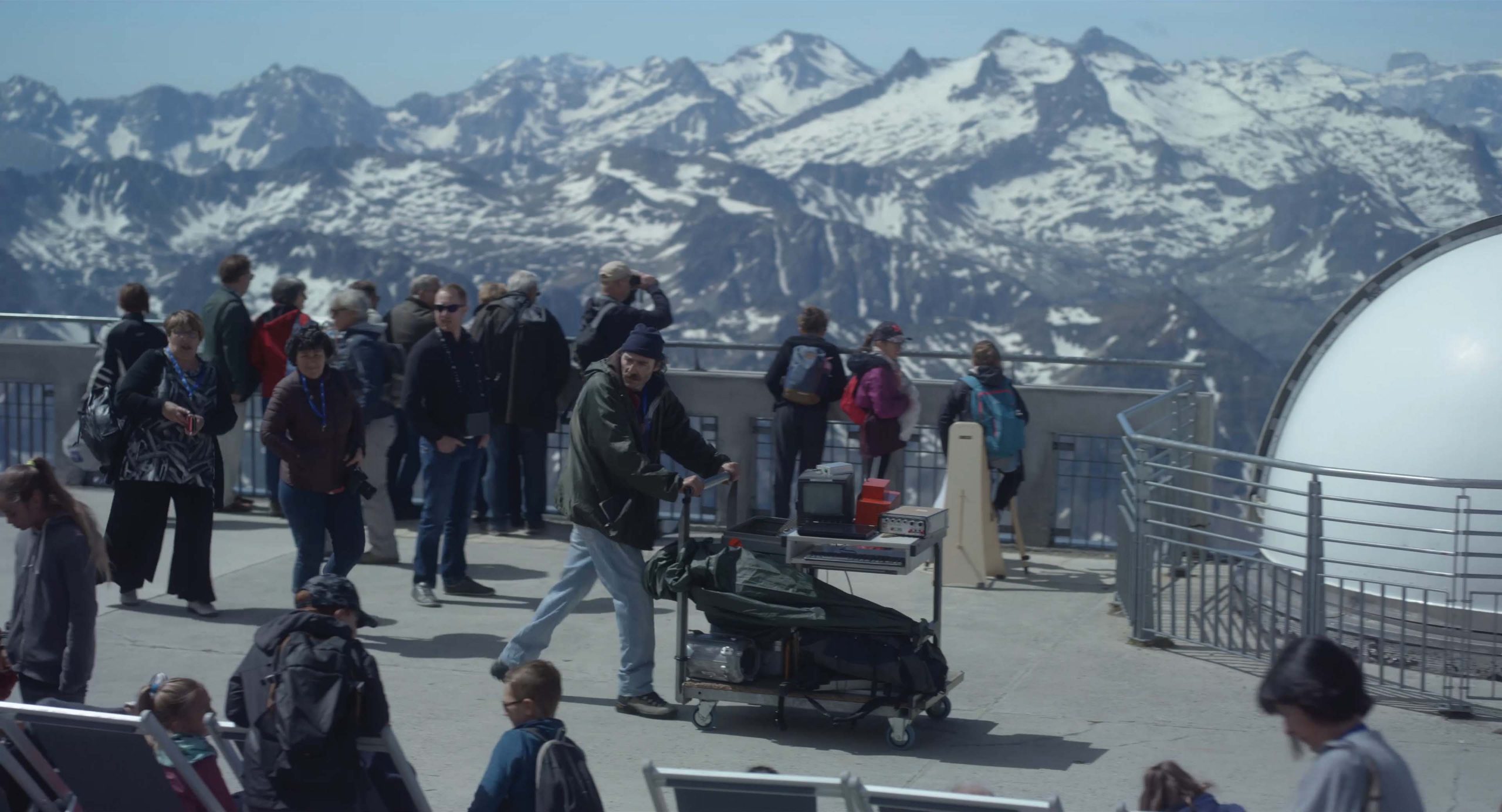 How did you come across the actors?
Gaëlle Ruffier, our producer, knew about Philippe Rebbot, as she’d already made a film with him. We discovered Eddy Letexier and Julien Sabatié Ancora through Valérie Pangrazzi, who’s a casting director in Toulouse. Sélène Assaf, Loïc Varanguien de Villepin, Coline Lubin and François Fehner are all people I found in the world of live theater that I’m also involved with. The extras are all friends of ours.

What do you think the future holds for short films?
For me, they should regain their rightful place in movie theaters. I always really enjoy discovering short films that accompany features in the theater.

If we were to go back into lockdown, what cultural or artistic delights would you recommend to alleviate our boredom?
Wood sculpture, pottery, singing… Maybe we just have to accept some measure of boredom…

Maximum moderne [Modern Maximum] is being screened as part of National Competition F10.