In La Jetée, within this cruise ship of short film, there are many gangways one can take. One of these leads to the Archives. The stairway that carries us there is the only place in the building that is painted red. Yes, like the famous carpet cut from the same cloth.

It is a solemn moment when we enter this holiest of holies, this inner sanctum which is the resting place for numerous film prints, coiled around their cores, stored in their cans to ensure they remain fresh for our consumption…

But it is not an eternal rest. In this cave of Ali Baba that would leave Dali gaga, a hallucinatory and surrealistic world of millions of images patiently awaits the kiss of a digital prince to awaken it from its slumber.

And so technological advances have sometimes led to immeasurable losses: the hullabaloo of the talkies definitively smothered many a silent film treasure whereas those in black and white succumbed to the splatter of technicolor. Loyal to one its primary missions, to keep the memory of short film alive, the festival has gathered over the years a cinematheque of significant films during its history. A living cinematheque that allows us to come back to these films when the wings of desire to see them on the big screen begin to beat again.

Today, analog has given way to digital. Does this mean that the 35mm films that moved and astonished us should remain on their shelves? Do we have to content ourselves with the trace that these films have left in our memory, which has the unfortunate tendency to fail us over time? Of course not. That would be a shame. Digital has become the norm, but not amnesia. Through companies like Lumières numériques and L.E. Diapason, technology offers us rebirth. It’s only the can that changes. 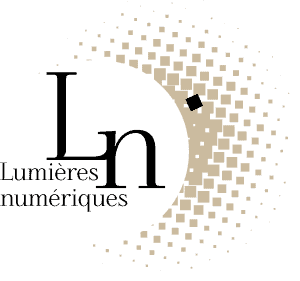 Blog
L’Heure du Doc : Femmes en campagne
Lumières Numériques
All partners
Clermont ISFF | Lumières Numériques | Clermont ISFF
class="post-template-default single single-post postid-16182 single-format-standard samba_theme samba_left_nav samba_left_align samba_responsive cookies-not-set"
We use cookies to ensure the best experience on our website. If you continue to use this site, we will assume that you are satisfied.OkCookie Policy