Clermont-Ferrand, Open City (Onto the World)

Susa Monteiro, the Portuguese illustrator who honored us with her presence last February as a member of the International Jury, has been tasked with creating the poster for the 2020 edition of the Clermont-Ferrand International Short Film Festival.

This is what she has to say:

“After discovering Clermont-Ferrand and participating in the superb 2019 Short Film Festival, I wanted to create an image that combined the unique, imposing volcanic landscape that overlooks the region with the colorful, warm atmosphere brought by festival-goers.

And that is what the Clermont-Ferrand Short Film Festival is: films and people from across the world who form a one-of-a-kind cultural hub made up of curiosity, moments of sharing and happiness.

What I wanted to highlight in the poster is the exoticism that is produced through the meeting of these different worlds at this wonderful event in the dead of winter.”

Eschewing clichés, Susa gives our mountain range a bit of a kick, depicting a city at a global crossroads. For one week, new worlds infiltrate the biting February cold, transforming Clermont-Ferrand into a fantastic oasis.

From 31 January through 8 February 2020, even the volcanoes will shake off their sluggishness! 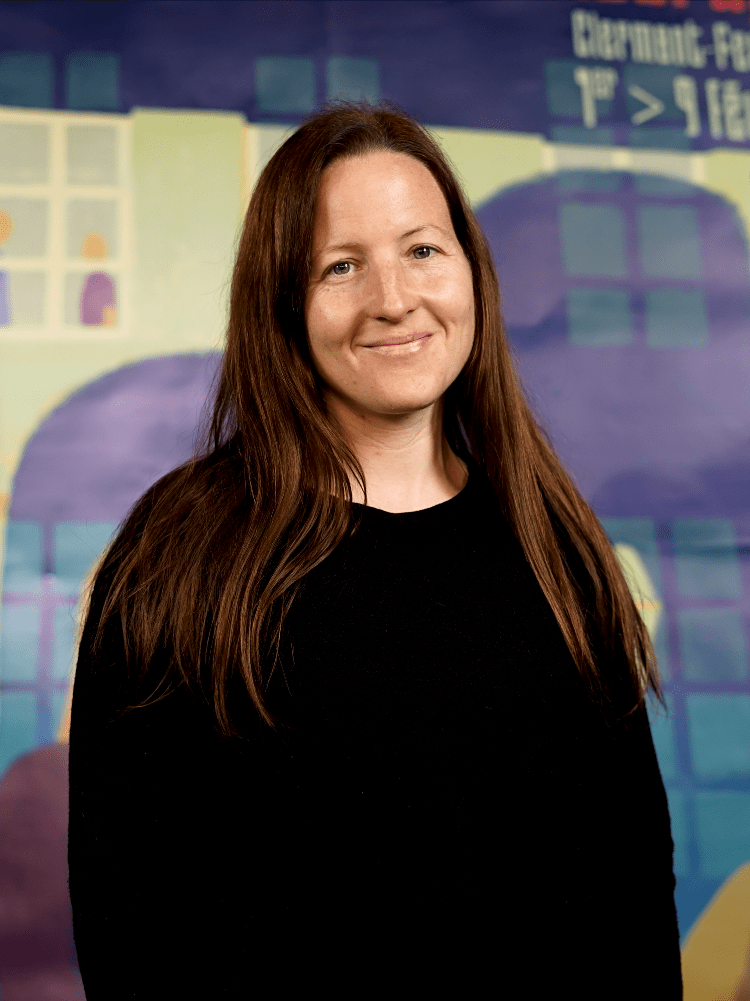 Susa Monteiro lives in Beja, Portugal, the city where she was born in 1979. She studied costumes and set design at university and animated films at the CITEN in Lisbon. Since 2003, she has been a member of the comic book authors’ group Toupeira. In 2005, the group established the Beja international comics festival.
She has illustrated books for children and adults by writers such as António Torrado, Afonso Cruz, Virginia Woolf, Libby Page and Susana Cardoso Ferreira. She has also illustrated posters for various entities and projects like Edições Casa da Música, Palavras Andarilhas, Almarte (a festival of street art), the international film festival La Guarimba, as well as Play, a film festival for children and young people.
Susa Monteiro regularly publishes illustrations and comics in a variety of books, fanzines, newspapers and magazines. Her work is frequently shown at comics festivals and art galleries, both individually and collectively.